An idea ... with a mustache. Do you know who invented the Moka? 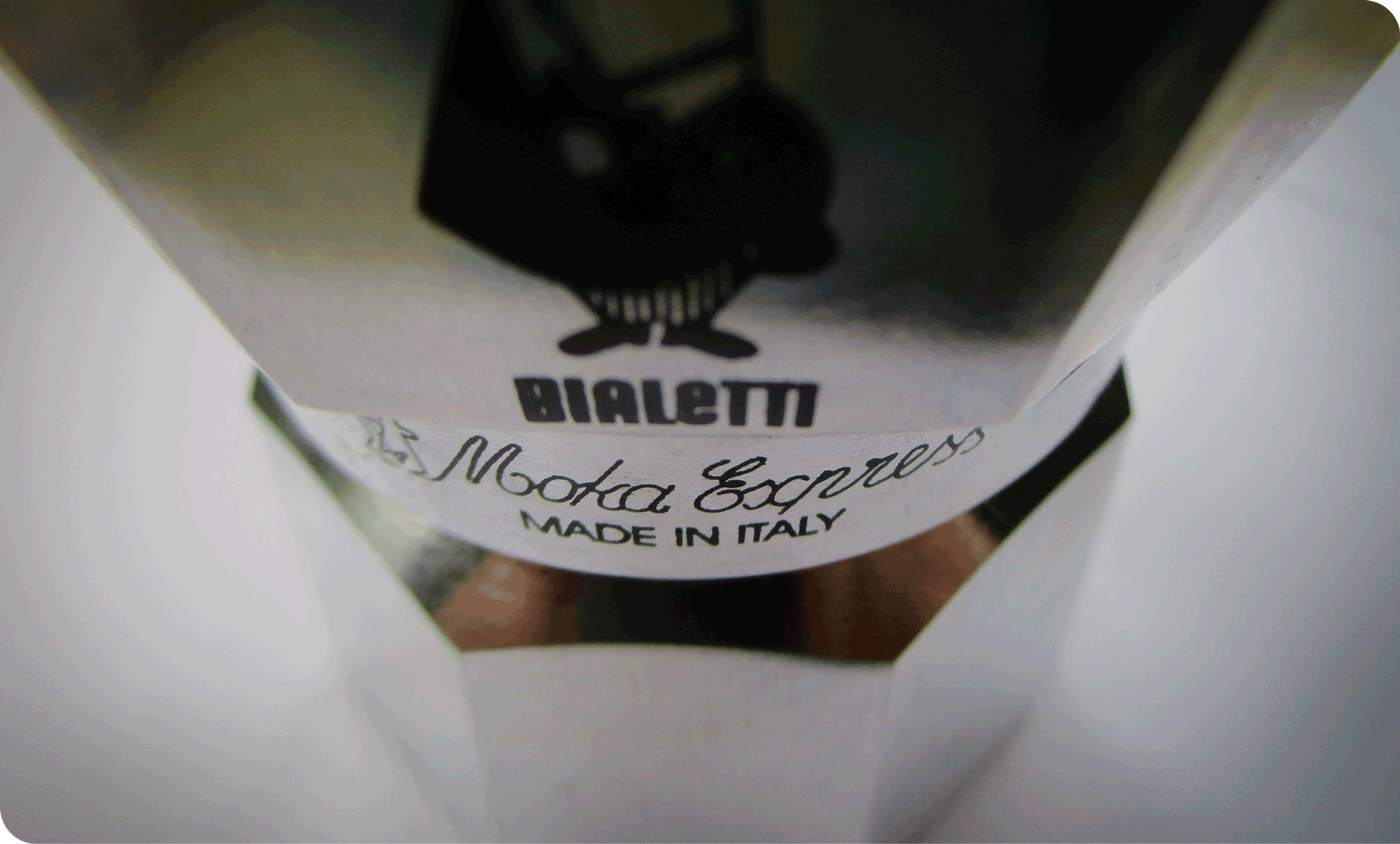 Alfonso Bialetti is the inventor of the Moka. The year was 1933. This is how an iconic product was born, one of the “Made in Italy” symbols recognized around the world. 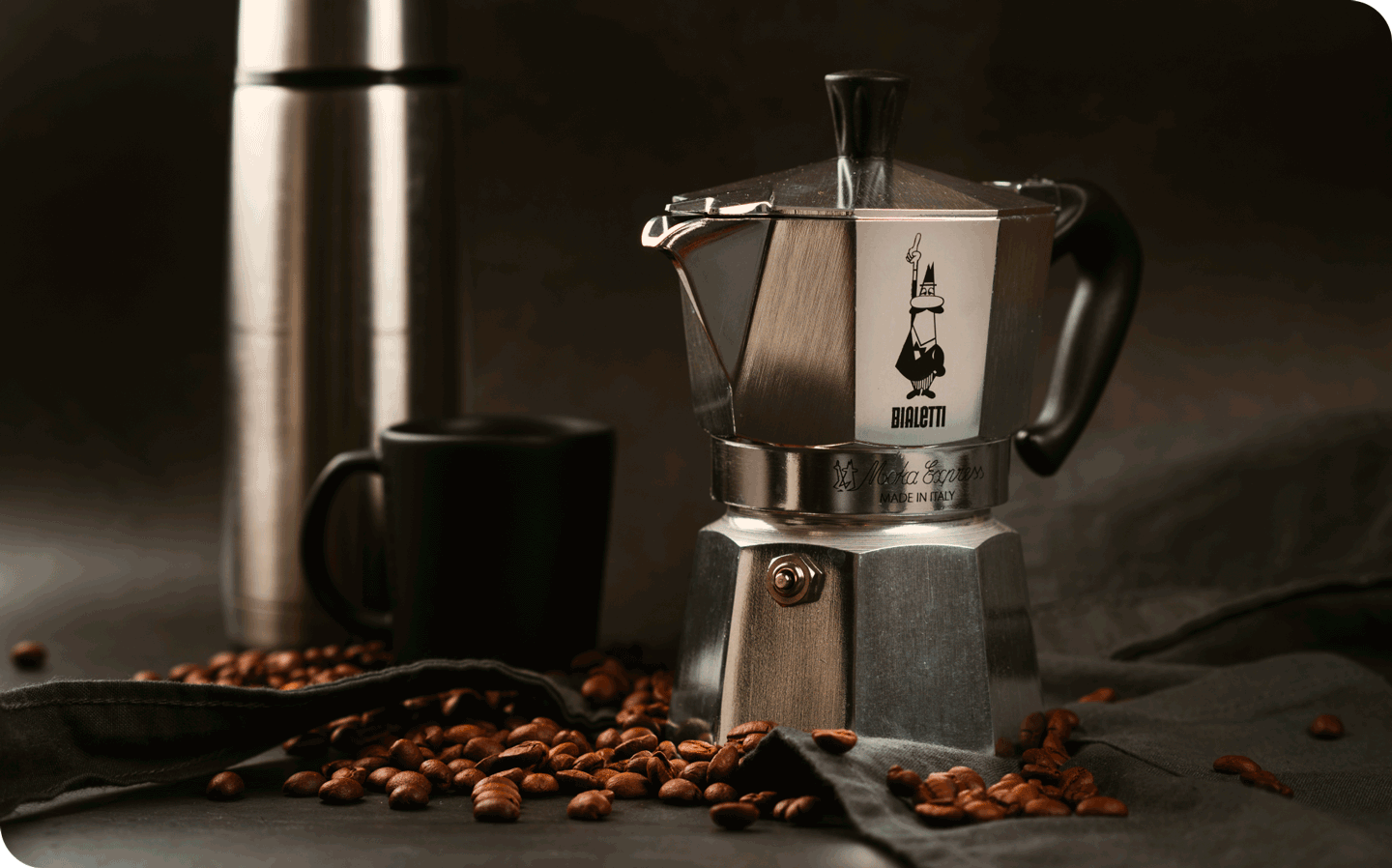 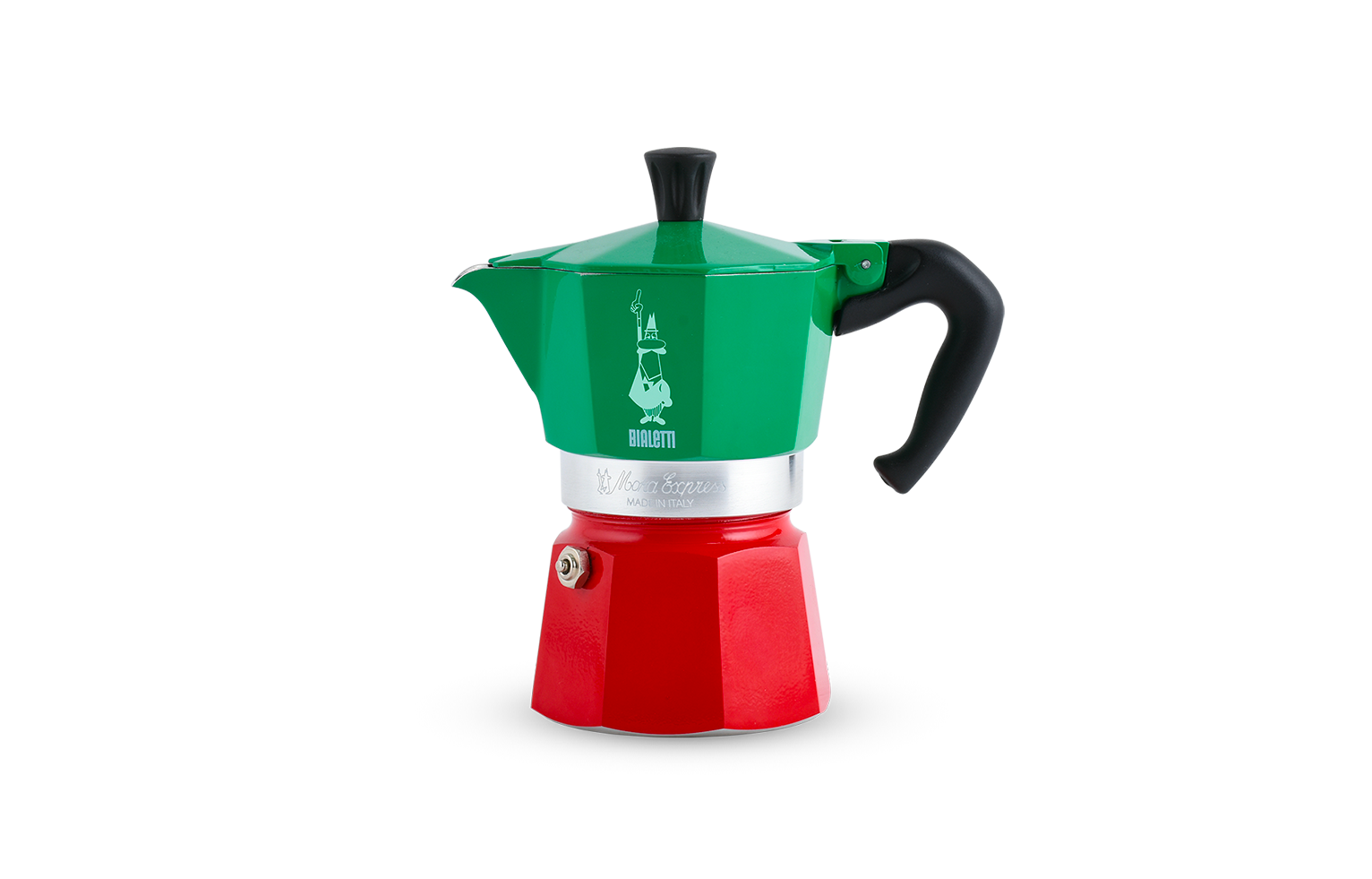 Alfonso Bialetti: the inventor of the Moka

For centuries, Italian genius has put us on the world map. Creativity, talent, intuition and resourcefulness: a combination capable of making a difference in countless fields.
The history of the Moka fits right into this theme. If you are wondering who invented the Moka, the answer is: Alfonso Bialetti. He was born in 1888 in Casale Corte Cerro, near Lake Orta, in Piedmont. As a boy, he alternated between working with his father, a peddler of fire stamps, and working as an apprentice in small workshops. Around 1910 he moved to France, where he worked as a smelter. Here, he learned the technique to cast aluminum shells, which was unknown in Italy at the time. The "shells" were cast iron molds that were reused to produce multiple copies of the same object. It is precisely this experience that laid the first foundations of his future invention.

Discover the milestones of our history 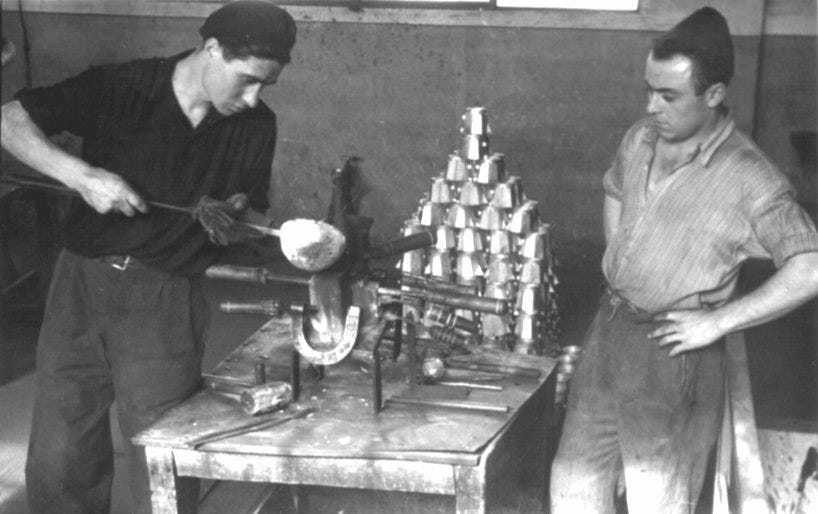 Talking about who invented the Moka pot means offering an insight into an all-Italian entrepreneurial history. It was the year 1919 when Bialetti, upon returning to Italy, opened a workshop for the production of mechanical parts in aluminum in Crusinallo (Piedmont). Over time, Alfonso Bialetti & C. - Shell Foundry grew and established itself.
The turning point came in 1933: the first Bialetti coffee maker was built in a tiny rented workshop. All thanks to… laundry. The inspiration for the Moka came to Alfonso Bialetti while watching his wife do laundry with the lessiveuse, a French ancestor of the current washing machine. This appliance consisted of:

Both cloths and lye, the soap from which the machine takes its name, were placed inside. It was then filled with water and put on the fire. The boiling water went up the chimney and fell on the soaking clothes.


READ ALSO: How the Moka works: lift the lid and discover all its secrets

The advent of the Moka Express after the war

If the one who invented the iconic octagonal coffee maker is Alfonso Bialetti, it is his son Renato who is responsible for its worldwide success. The mechanism of the coffee maker was initially tested in the neighborhood. Given the favorable opinions, Alfonso Bialetti started the production of the Moka, which however remained on an artisanal scale and was interrupted by the Second World War.
At the end of the conflict, Renato returned home after two years of imprisonment in a German concentration camp and took over the reins of his father's company. This is when the Moka became the Moka Express:

The Moka Express supplanted the Neapolitan, the most popular coffee maker until then, and changed the habits of Italians. The experience of an espresso, previously dominated by bars, entered everyone's homes. In 1950 the patent for the Moka Express was filed.


READ ALSO: Starting the day with a coffee: an Italian ritual unique in flavor 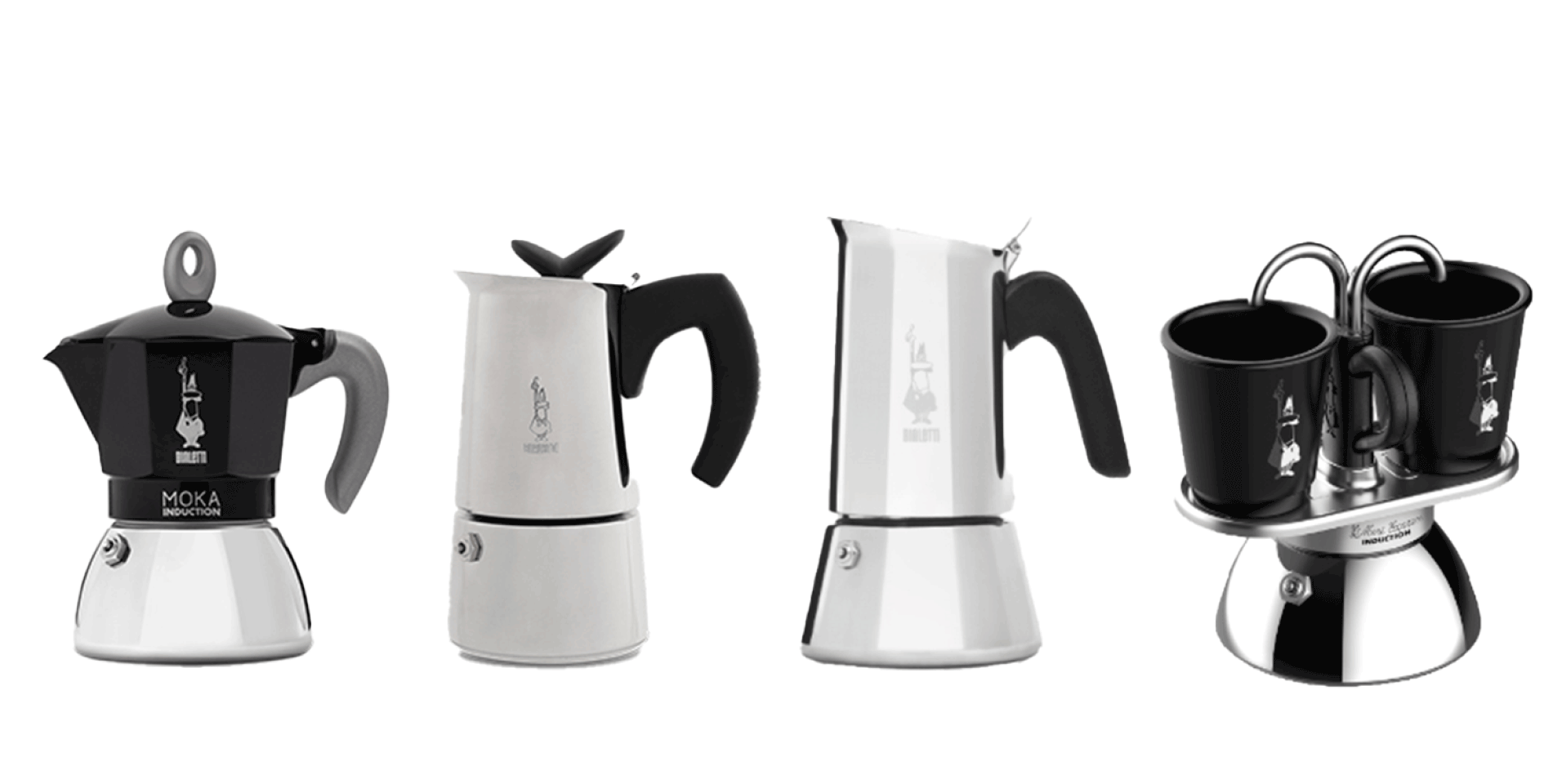 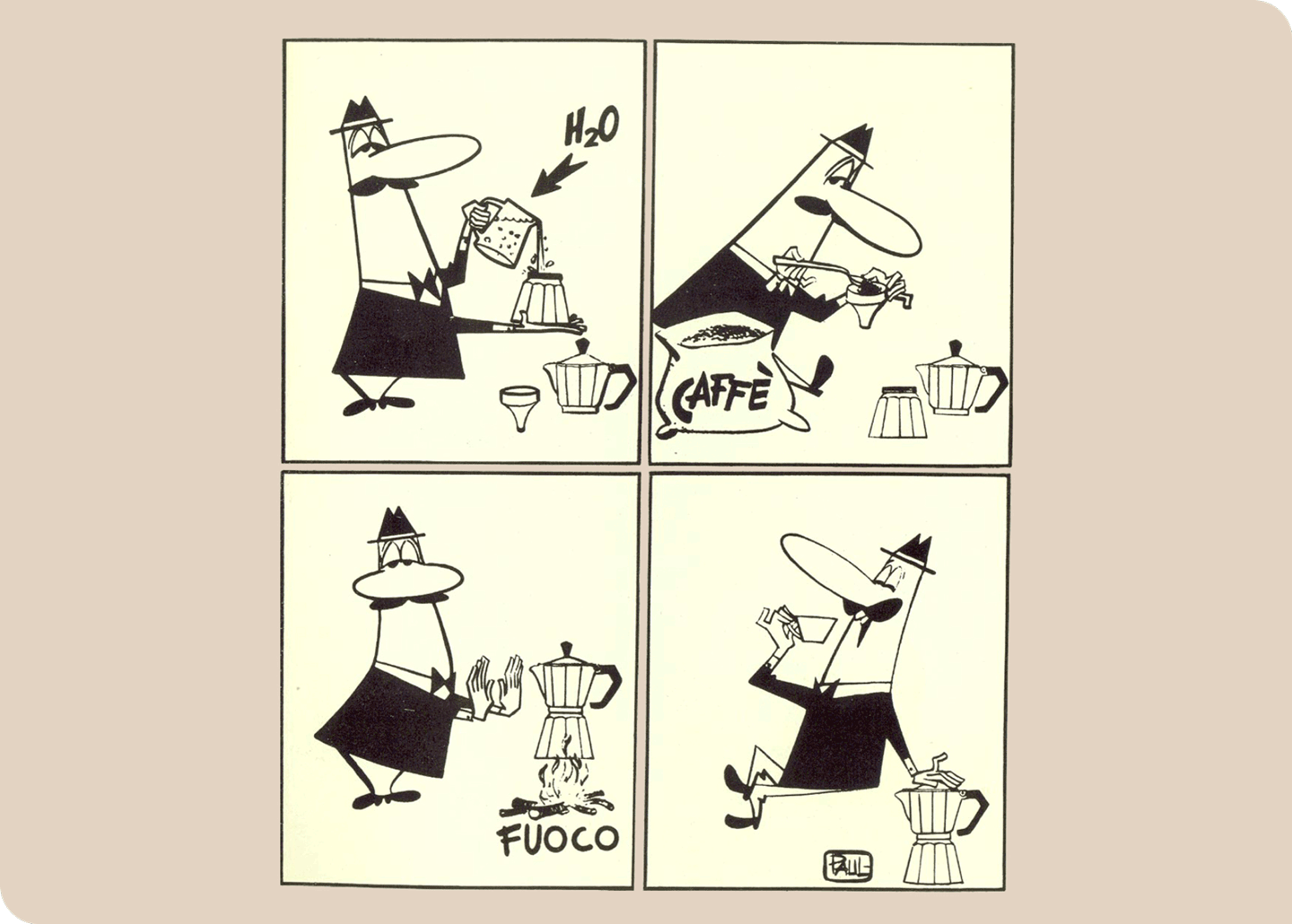 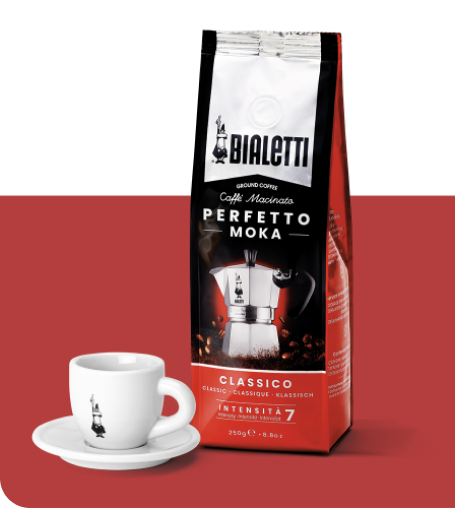 The little man with a mustache and his extraordinary success

With a sharp and far-sighted entrepreneurial vision, Renato Bialetti decided to participate in the Milan Fair starting in 1948. He developed an avant-garde advertising strategy using installations never seen before, as proved by the historical archive of the Fiera Milano Foundation¹. Furthermore, thanks to a skilfully executed export plan, the Moka was established as an icon of Italian design around the world.
In 1953, the cartoonist Paul Campani, together with Max Massimino Garnier, came up with the famous "little man with a mustache". It was inspired by the figure of Renato Bialetti: it became the company’s logo and still stands out on the Moka pot. For the first time, the entrepreneur himself became the face and voice of his product. Since 1958, the commercials of the little man with a mustache were broadcasted during Carosello, becoming part of the popular imagination.

The Moka through the years: what has changed and what has not

Moka and coffee: it is the story of a close relationship. The Made in Bialetti coffee maker has become part of our lives and a “Made in Italy” symbol, famous around the world. Remaining faithful to its original design, the Moka has undergone minor changes since the very first version from 1933..

The shape of the bottom chamber, for example, although octagonal from the outset, has been slightly modified. From this point of view, those who invented the Moka, with that aluminum octagon, wanted to respond to a double requirement: practical and aesthetic. On the one hand, the octagonal shape allows for a better grip on a wet surface. On the other hand, it gives a unique aesthetic configuration: innovative in the 1930s and beyond. Eighty years later, the Moka was further innovated to respond to changing habits and tastes. An example? The challenge of induction. Nonetheless, rest assured, the pleasure of tasting a coffee announced by the classic "gurgling" does not change. And never will.

How to clean the coffee pot at home: natural and effective remedies 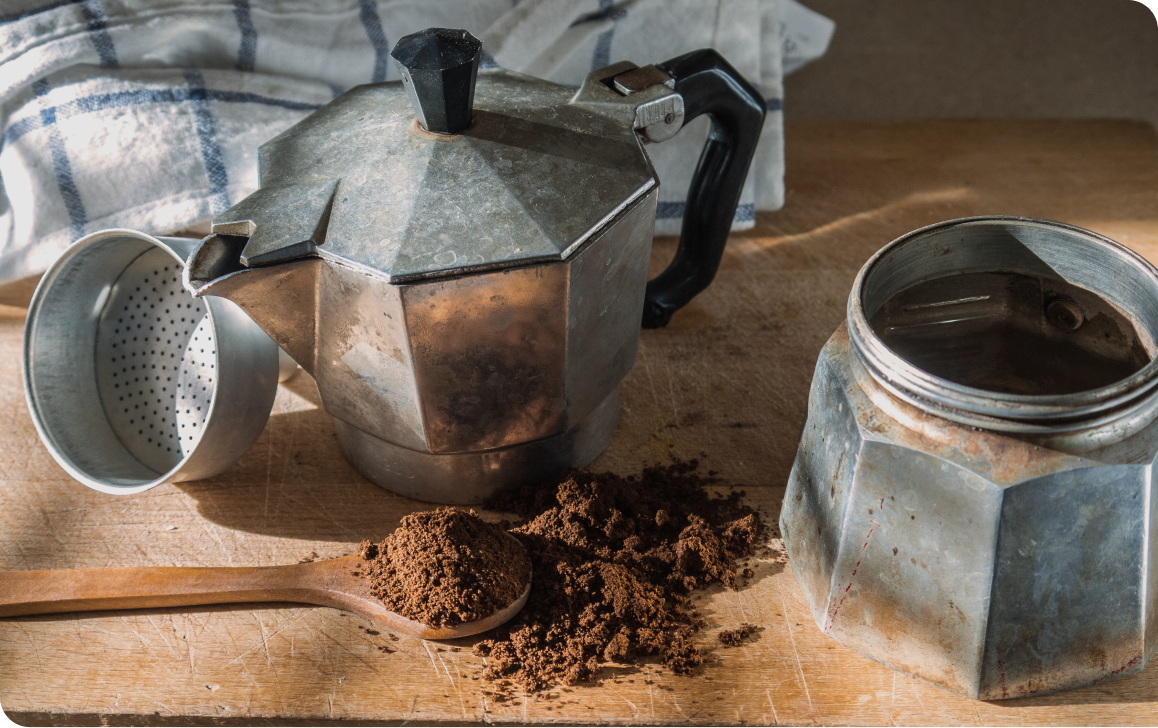